This wiki is being considered for deletion due to inactivity. Please comment on the community portal if you have any objections.

From Guts and Glory Wiki
Jump to: navigation, search 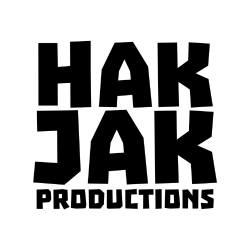 HakJak Productions, aka Jedediah “HakJak” Steen, a one man team with a dream!, is based in Boise, Idaho. His first big project is Guts and Glory.

Jedediah “HakJak” Steen is a solo game developer based out of Boise, Idaho. He started HakJak Productions part-time in 2015, while finishing up college courses, working a full-time job and raising a family. When his first project, Guts and Glory, went viral on YouTube, he took a leap of faith to work on the project full-time. After a successful Kickstarter campaign, signing with publisher tinyBuild, and many updates later, the game is leaving Early Access on Steam, and launching on consoles July 19th, 2018.

When he’s not writing code, creating art, or consuming too much coffee, he can be found spending time with his family of five, spoiling his dogs, enjoying the great Idaho outdoors or, of course, playing video games.